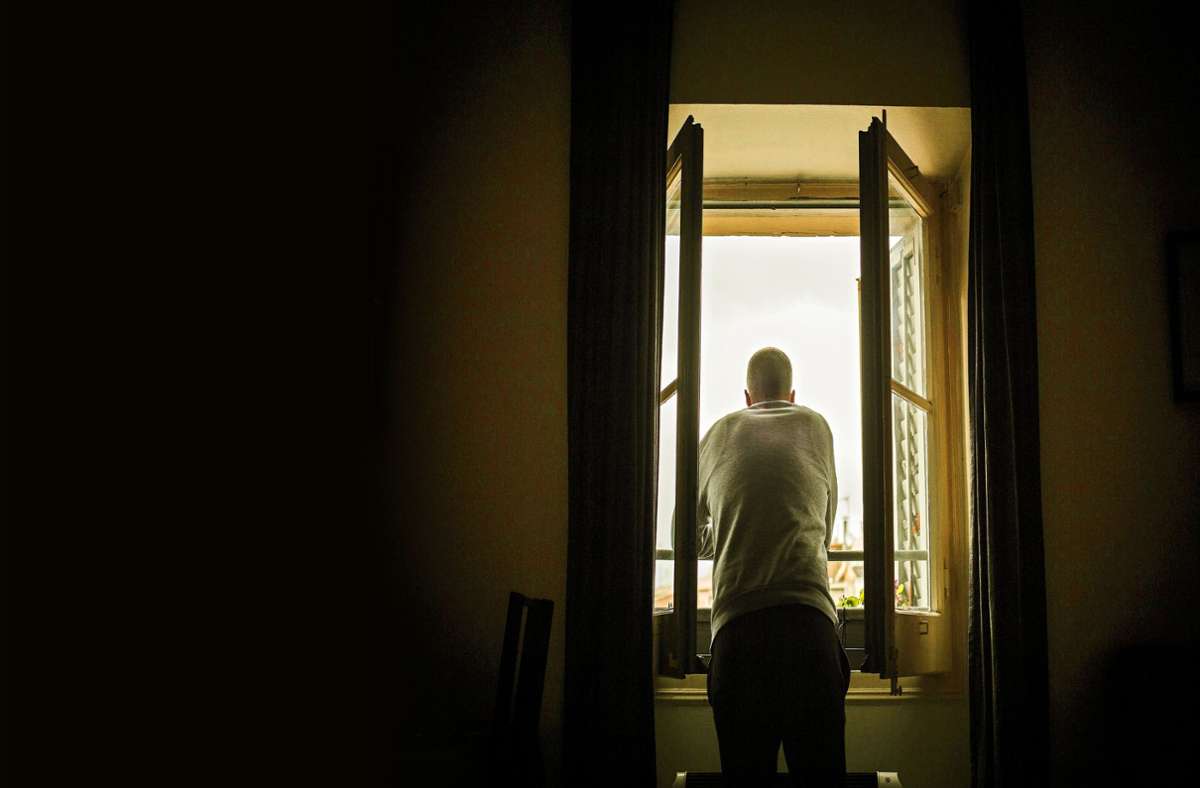 Local politics in Stuttgart also addressed the issue of loneliness. A study by the Statistical Office has now shown that people with low incomes, people with poor health and people with a migration background often suffer from loneliness.

Not only does loneliness make most people unhappy, it also makes them sick. Only: Who and how many suffer from loneliness in Stuttgart? According to a study by the city’s statistics office, between “three and four percent of adults in Stuttgart feel lonely”. It’s around 20,000. With the number of unreported cases, it could be even more. People with an immigrant background are particularly affected, but those who are in poor health or have low incomes are also more likely to be lonely and unhappy. Age, on the other hand, is less important than expected.

The consequences of chronic loneliness are empirically proven, the risk of mental and physical illnesses such as depression, dementia, cardiovascular disease and reduced life expectancy increases. Illness is not just a consequence, poor health is often a major cause of loneliness. Only 0.5% of people in very good physical condition belong to the group of people living alone. “However, this probability increases significantly with the deterioration of the general state of health”, determined the statisticians from Stuttgart. People in very poor health then have a probability of about 30% of belonging to this group. There is a very simple explanation for this: health problems limit those affected and make it difficult to participate in social life.

This also applies to poverty. According to statisticians, a low or very low income significantly increases the likelihood of feeling unhappy and lonely. For high-income people, however, that probability is well below one percent. Because a low income would not only “have an impact on the number of social contacts. Low incomes also limit opportunities to participate in the social life of the city. The average monthly income of those who say they are rather unhappy is between 1,438 and 1,815 euros, while the reference group has an average net household income of between 2,475 and 2,571 euros.

Loss of home and relationships

According to the office, people with an immigrant background also suffer from loneliness more frequently. This can be explained by the fact that migration is always accompanied by the loss of social relations. “In the new homeland, emigrants encounter barriers and difficulties that prevent them from establishing new social relationships and developing a sense of belonging.” Moreover, it can be observed that people with personal or family experience of migration often “live in two worlds”.

Thus, the proportion of this social group who are alone and say they are unhappy is “about six percent. For people without an immigrant background, this only applies in three percent of cases.

Aging is generally considered a major cause of loneliness. After all, health problems occur more frequently in old age, and mobility and communication skills are often limited. And the older you are, the more likely it is that your partner and friends have already died, and you are alone, the children have long left the house. However, this cause of a feeling of loneliness is much less formative than expected. The average age of those affected is between 53 and 60 years.

The Stuttgart statisticians were also unable to identify the gender effect, with women complaining of loneliness much more frequently than men, as some studies have shown. About three percent of men and about four percent of women suffer from loneliness. Whether you live alone or in a multi-person household does not seem to determine this emotional state. The evaluation of the Statistical Office then showed that around three percent of people who live together in a household are still alone, among single people it is around four percent. Whether a person is employed or not has no significant influence on whether or not they feel lonely.

method
Measuring loneliness is a “demanding task”, admits the statistical office. Based on the Stuttgart survey from spring 2021, an attempt was made anyway. According to this, a person is considered lonely if they meet friends, relatives or co-workers privately no more than once a month, if they have less than four people with whom they can talk confidentially and if she describes herself as rather unhappy.

country
“Together – Finding Unity” is the name of the city’s campaign, which aims to raise awareness about the plight of their neighbours, friends and family members and prevent their own loneliness.

information
The campaign is based on the broad participation of many social institutions and town halls, which welcome people with low-threshold offers, advise them or support them. The offers are available on the Internet at www.stuttgart.de/gemeinsam. ury