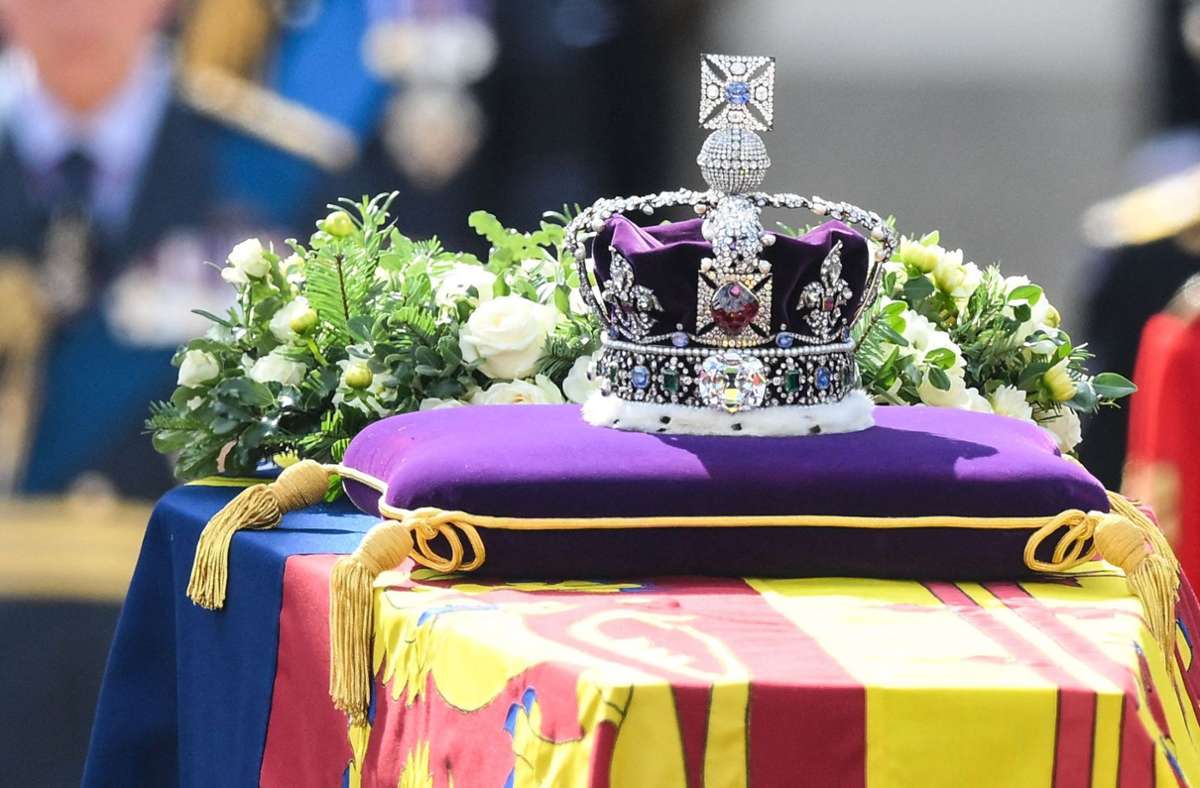 The Imperial State Crown also rests on the Queen’s Coffin, perhaps the most famous piece of the Queen’s Crown Jewels. A centerpiece with traps.

Queen Elizabeth II’s working crown, the Imperial State Crown, is set with 2,868 diamonds, 17 sapphires, 11 emeralds, 269 pearls and four rubies. One of the most important diamonds in the crown is the Cullinan II, also known as the “Second Star of Africa”. With 317 carats, it is one of the largest diamonds in the world.

Likewise, two earrings from Elizabeth I, who reigned from 1558 to 1603, would be embedded in the crown, along with gems from Mary Stuart and Catherine de’ Medici. The top of the Imperial State Crown is decorated with the “St. Edward’s Sapphire”, said to have belonged to King Edward in the 11th century.

The weight of the crown is also extremely impressive: one kilogram. On official occasions this meant that the queen could not read a document, for example, but had to hold it aloft otherwise the crown would have fallen. St. Edward’s crown weighs almost two kilograms.

The value of the crown has not yet been determined – or is considered priceless. According to experts, the value of the Cullinan diamond alone is around 440 million euros.