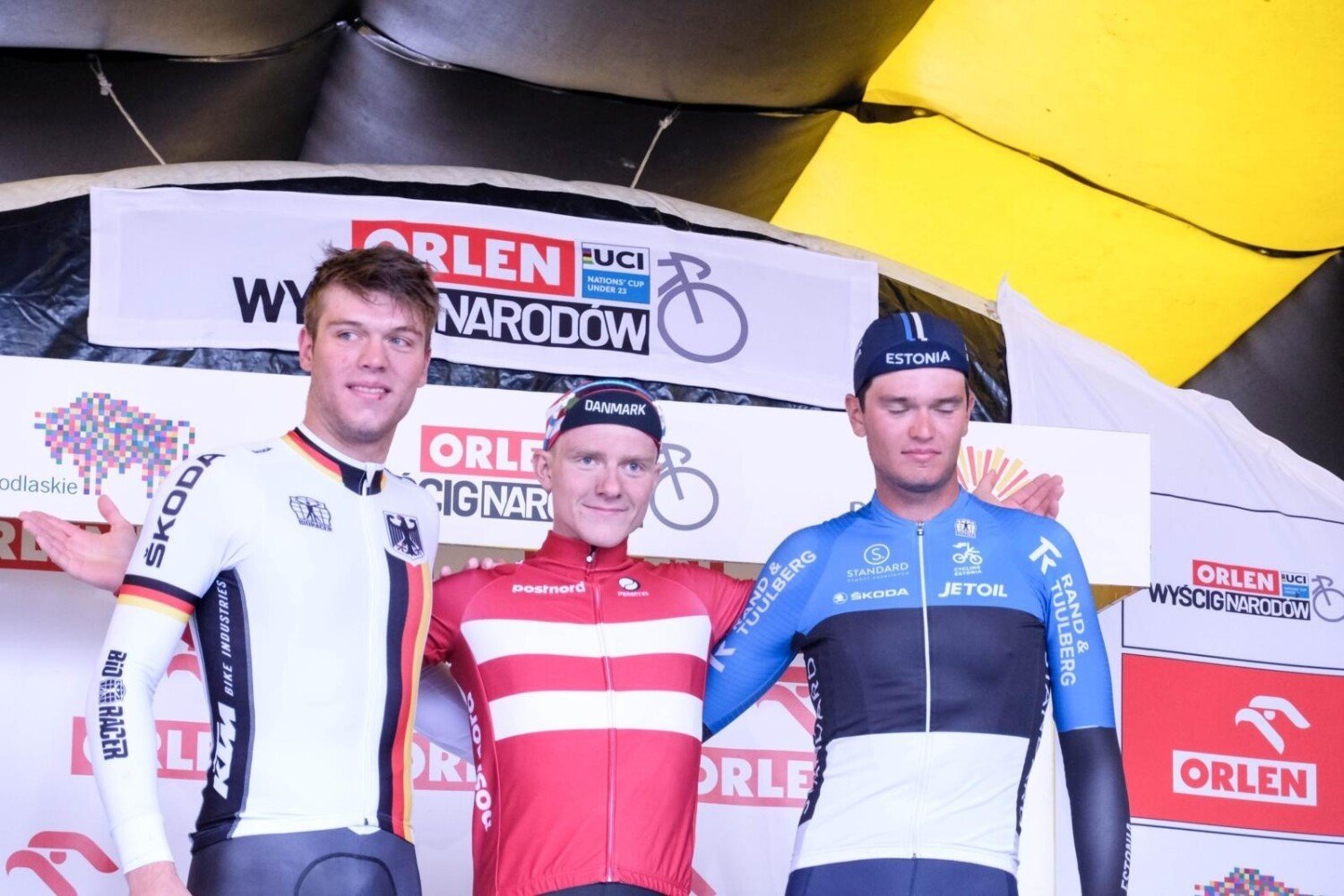 The second stage of the Orlen Race of Nations was won by the German Ole Theiler. Dane Morten Nortoft won the general classification. The best from Poland, Kacper Gieryk, took sixth place.

During the entire stage, the Danes kept an eye on captain Morten Nortoft, so that he did not lose the advantage he won on Friday. On the route to Augustów, we saw the daring escape of four cyclists: German Ole Theiler and Poles from the club groups Piotr Maślak, Kacper Majewski and Radosław Frątczak. The escapees maintained an advantage of around 2 minutes over the field. It was led by Danes who controlled the events, who saw no threat to their leader. All four of them were over 9 minutes behind Nortoft.

At the end of the race, with 17 kilometers to go, Ole Theiler attacked. At first Piotr Maślak tried to keep up with him, but the Pole could not keep up with the pace of his rival, who entered Augustów alone. Keeping the 30 second advantage, he did not let his victory be taken away by crossing the finish line alone. His compatriots Leslie Luhrs and Tim Torn Teutenberg finished the field fastest. Filip Prokopyszyn, a Pole from Poland, was right behind them.