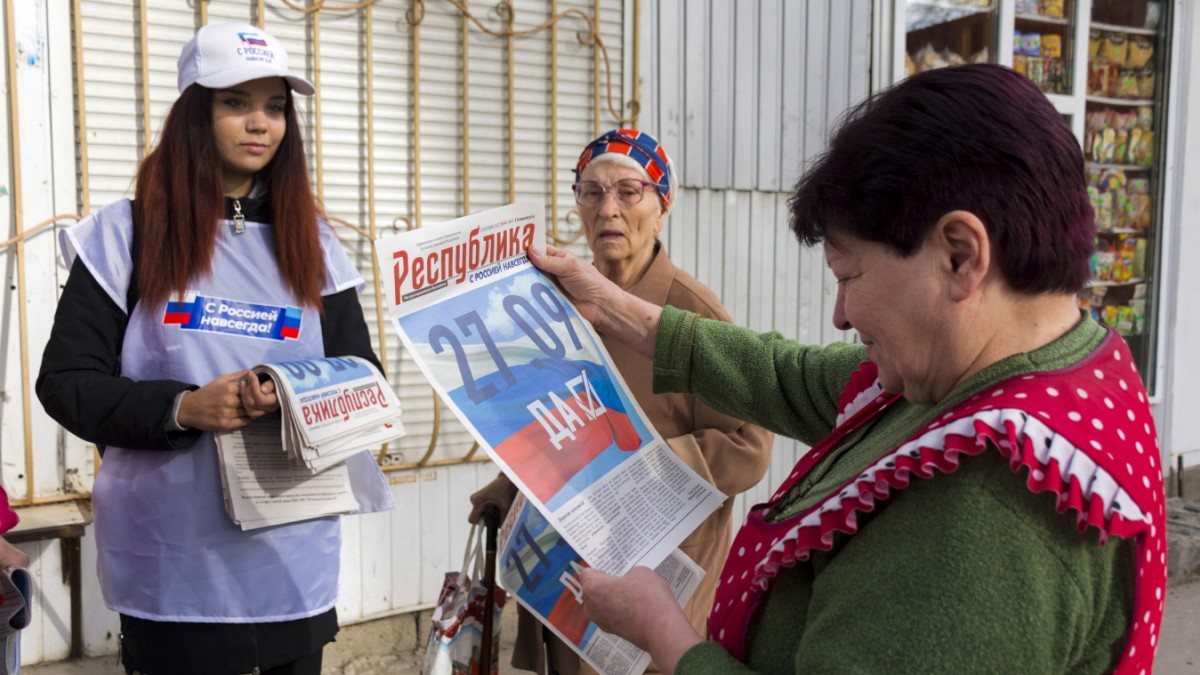 The EU wants to apply more sanctions against Russia. Foreign ministers of 27 EU member states agreed on this during an informal meeting in New York within the framework of the UN General Assembly. The planned eighth set of sanctions is a response to Russian President Vladimir Putin’s further escalation of the war in Ukraine. As heads of state and government from around the world gathered in New York to promote international understanding, Putin announced a partial mobilization on television. speech and indirectly aided the threats to use nuclear weapons. Now 300,000 reservists should strengthen the Russian troops in Ukraine.

The foreign ministers of the G-7 countries – Germany, France, Italy, Great Britain, Japan, Canada and the USA – also announced further targeted punitive measures and agreed to maintain economic and political pressure on Russia. This was announced by Federal Foreign Minister Annalena Baerbock as president after the meeting of ministers in New York. They have made it clear that Russia’s annexation of other parts of Ukraine’s territory will not be recognized, nor will the referendums announced by Russia in Luhansk, Donetsk and Kherson regions, which should begin this Friday.

EU foreign policy chief Josep Borrell said after the meeting of EU foreign ministers that the European Union “will take new restrictive measures both at individual and sectoral levels”. On the one hand, the EU countries are considering the issue of banning other Russian officials from entering the EU. Their assets in Europe should be frozen. So far, this type of sanction applies to 1206 persons. On the other hand, the EU is apparently planning additional restrictions on imports and exports. Borel noted that the new sanctions should hurt Russia’s technology sector. There is already a long list of important goods that cannot be sold to Russia, such as computer chips or aircraft spare parts. In addition, apparently, we are talking about sanctions against other banks or additional restrictions on Russian exports.

Since the G-7 summit held in Elmau in June, the upper limit of the Russian oil export price has also been talked about all over the world. In any case, the ban on the import of Russian oil transported by tankers will come into force in the EU from the end of the year. Oil can continue to flow to Hungary, the Czech Republic and Slovakia only through the Druzhba pipeline. Three weeks ago, however, G7 finance ministers agreed to work on a globally applicable price cap. The EU as a whole can now join this initiative. The program begins with the ship’s insurers. Accordingly, oil tankers with Russian products should be able to get insurance and use other services only if the oil is not sold at a very high price, for example in Africa or Asia.

The EU Commission is now discussing the details of the new sanctions with member states. Any tightening requires the unanimity of member states. The statement of Putin-friendly Prime Minister Viktor Orbán shows that the agreement will not be easy this time either. He said according to the official daily Magyar Nemzet, punitive measures were “imposed on Europeans by Brussels bureaucrats”. Hungary demands that the sanctions against Russia be canceled by the end of the year at the latest.

In return, Russia is considering higher customs duties for the export of gas exported through the gas pipeline. Finance Minister Anton Siluanov said at the televised government meeting on Thursday that it is also possible to set customs duties on exports of fertilizers and coal.

For the first time in more than half a year, there was a large-scale public protest among the population. On Wednesday, people took to the streets in several cities. There are no estimates or even official figures yet. But operators of the civil rights portal OWD-Info report more than 1,300 arrests in three dozen locations. The Russian authorities do not provide any information.

Since Wednesday, the demand for direct flights from Moscow to Istanbul in Turkey has increased sharply. Finnish border guards also saw more arrivals from Russia on Thursday, but according to the Reuters news agency, it was a moderate increase. 4,800 people entered the country on Wednesday. The Russian presidential office called the information that Russian men leave the country en masse exaggerated.