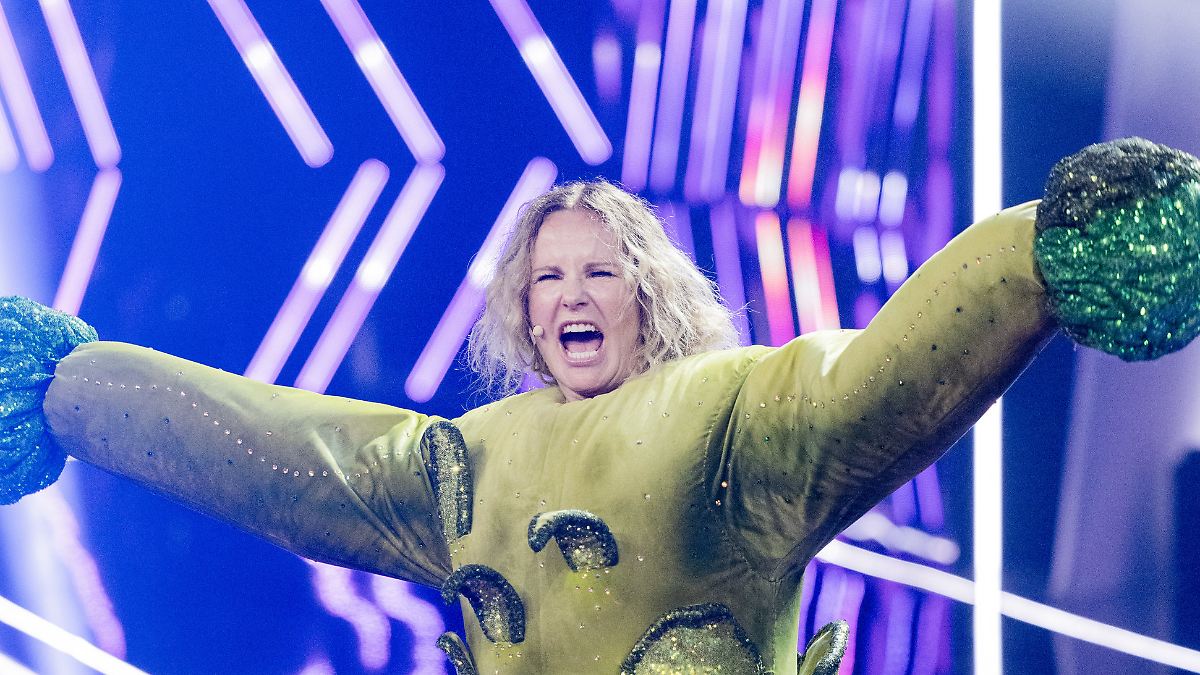 She sweated a lot, but in the end it wasn’t enough to move forward. RTL presenter Katja Burkhard does not get enough votes to start the season of “The Masked Singer” and is revealed.

TV presenter Katja Burkard has been revealed as the first celebrity in the new season of the costume show “The Masked Singer”. The 57-year-old woman, known mainly from RTL, had to take off her mask on the ProSieben program on Saturday evening because she received too few votes from the audience. The host of the midday daily “Bod 12” was in a giant broccoli costume.

“I’m really sad it’s over,” Burkard said after leaving the course fairly early. But the competition was also very strong. Plus, he believes he’s never sweated as much as he did in his green vegetable costume. As she said, “I’m broccoli in its own juice.” She was visibly happy when she said that none of her RTL colleagues actually knew anything about her participation in “The Masked Singer”.

Celebrities appear on the show as singers, but hide their identities behind elaborate costumes. The stars are revealed once they don’t get enough votes or win at the very end. The seventh season started on Saturday. After Broccoli leaves, there’s still a mole, a walrus lady and a scary werewolf on the run.