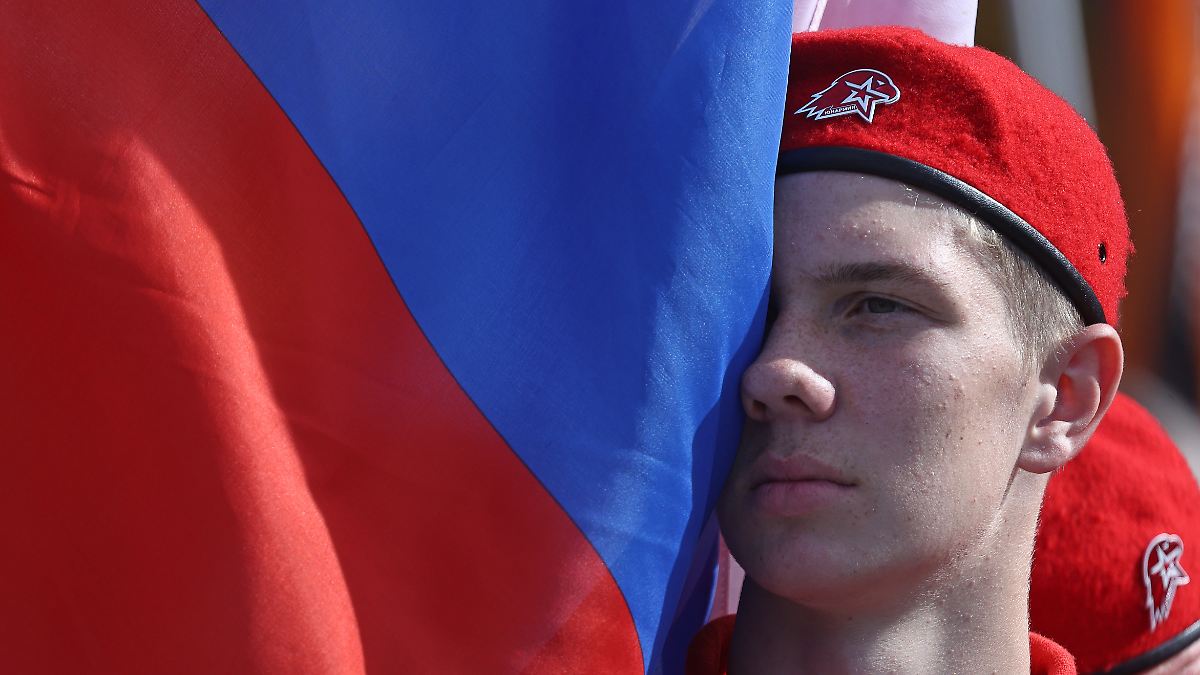 Mobilization sparks fear and terror among Russian families: Thousands of young men are fleeing the country. The government is talking about hysteria and trying to calm down some sectors. Warmongers on state television, in particular, are exempt from frontline duty.

After Kremlin chief Vladimir Putin ordered partial mobilization for the war in Ukraine, the leadership in Moscow complained of “hysteria” in the country. At the same time, he excluded reservists with certain professions from forced recruitment. For example, IT specialists, experts in the security of the financial system or employees of the mass media who belong to the “system preservation” professions will not be called up, the Ministry of Defense in Moscow announced.

Thousands of men fled the country as reservists were drafted into the war in Ukraine. The exodus is also seen as a danger to the Russian economy. After Putin ordered the invasion of Ukraine in February, tens of thousands of people left the country. Putin wants to call up at least 300,000 reservists for the war in the neighboring country.

Kremlin spokesman Dmitry Peskov called for the provision of adequate information. “It’s kind of understandable that there was a hysterical, extremely emotional reaction in the first hours after the announcement and even the first day because there really wasn’t enough information,” Peskow said. In the meantime, however, there are also hotlines to clarify questions over the phone.

Peskow’s son recently drew ridicule when it came to the draft. A fake phone call by a team led by jailed opposition figure Alexei Navalny exposed Peskow Junior as a slacker.

An employee of the Navalny team posed as an employee of the headquarters of the Moscow military district and ordered the thirty-two-year-old man to be investigated. According to the phone recording, Nikolai Choles Peskov said he would not appear and let the issue be decided at another level.

State media employees will not be called

The Defense Ministry in Moscow said high-tech workers should not be called up. Even employees of the state propaganda media do not have to go to war. They support the war and have called on Putin to do more in Ukraine. Thus, editors, publishers, employees of television, radio and newspapers are protected. They are among Putin’s most important pillars of power.

The head of the defense committee in the Russian parliament, Andrey Kartapolow, explained about the flight that the mobilization law prohibits reservists from leaving the country. However, since this is a partial mobilization, the law will not be applied. Travel within Russia and abroad is therefore permitted. But he recommended that midfielders who are unsure go to the stretching station themselves to find out what is allowed and what is not allowed.

The Central Asian ex-Soviet republic of Kazakhstan, which borders Russia, reported increased arrivals from Russia in the afternoon. For example, the former Soviet republics of Armenia and Georgia in the South Caucasus previously spoke of mass arrivals. Flights are fully booked for several days and at several thousand euros, they are so expensive that many simply cannot afford them.

Destinations in former Soviet republics are particularly popular because Russians there do not need a visa. In addition, the Russian language is widespread. Turkey is also a target for conscientious objectors. Of the EU countries neighboring Russia, Finland in particular still allowed Russians to enter the country. But only with a Schengen visa.