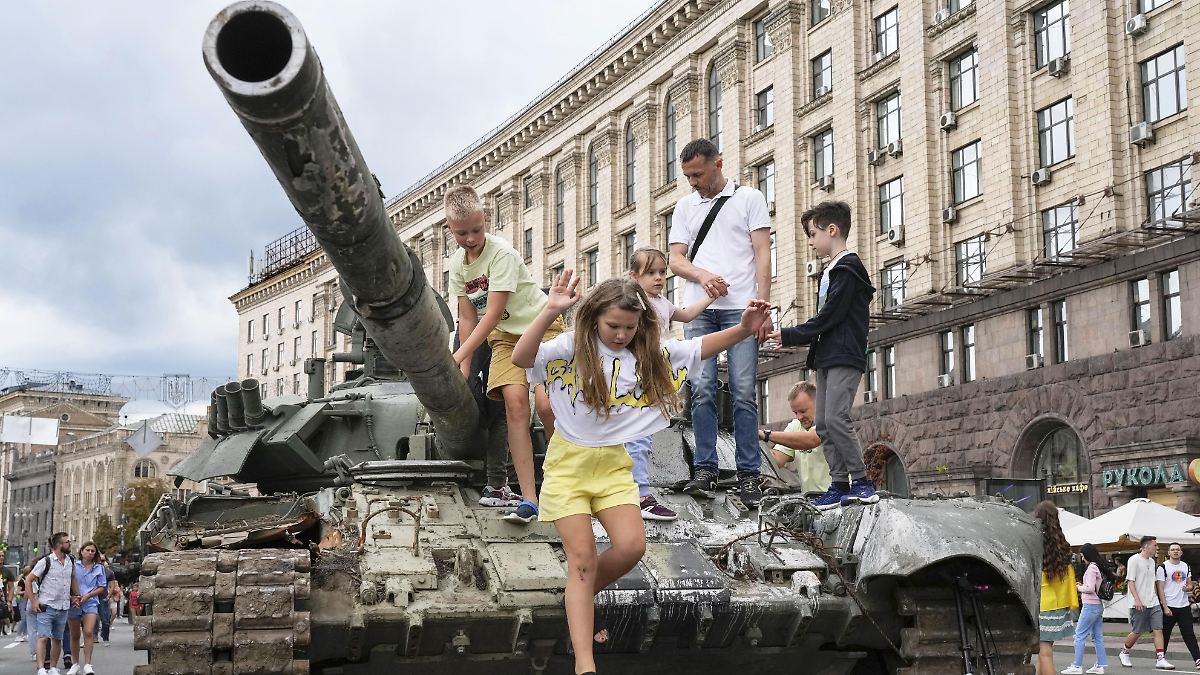 Moscow probably imagined the deployment of Russian tanks in Kyiv differently. On its Independence Day, Ukraine will line up destroyed and captured vehicles of Russia. Many onlookers take selfies with the attackers’ armor destroyed.

Ukraine wants to celebrate its Independence Day this August 24 with a very special parade. Burned out, destroyed and captured military vehicles of Russian troops were lined up on Khreshchatyk, a central street in the Ukrainian capital, Kyiv. Among them are military transporters, tanks and rocket launchers. Many onlookers took pictures of the vehicles and some even climbed onto the tanks to take selfies with them.

Ukrainian MP Roman Hryshchuk shared a video of the vehicles on Twitter with the caption: “Russian tanks on parade in downtown Kyiv.” He added: “But there is a nuance.” A politician could ironically allude to the absence of Russian soldiers. Russian troops attempted to capture Kyiv early in the war. However, after a few days and heavy losses, they withdrew from the area around the Ukrainian capital.

British journalist Emma Graham-Harrison wrote on Twitter: “Ukraine continues to troll Moscow.” She pointed to reports that Russian President Vladimir Putin expected a quick capture of Kiev and a quick victory parade through the Ukrainian capital. “Today, Russian military vehicles are finally lined up on the main street in Kyiv,” she wrote under the video, which shows Ukrainians among the destroyed Russian vehicles.

Military vehicles as a target

Another video shared on Twitter by Ukrainian journalist Oleksiy Sorokin shows a family using a display of looted and burnt-out military vehicles as a tourist attraction. Sorokin wrote: “The Russians finally have their military parade in the center of Kiev. There is only one catch…” So far, there has been no response from Moscow to the Ukrainian parade.

Putin himself is known for his parades. On May 9, “Victory over Nazi Germany Day”, he organized a march with thousands of soldiers, tanks and rockets on Red Square in Moscow. However, a parade planned by the Russian side to celebrate “Navy Day” in occupied Crimea was canceled after the drone attack.