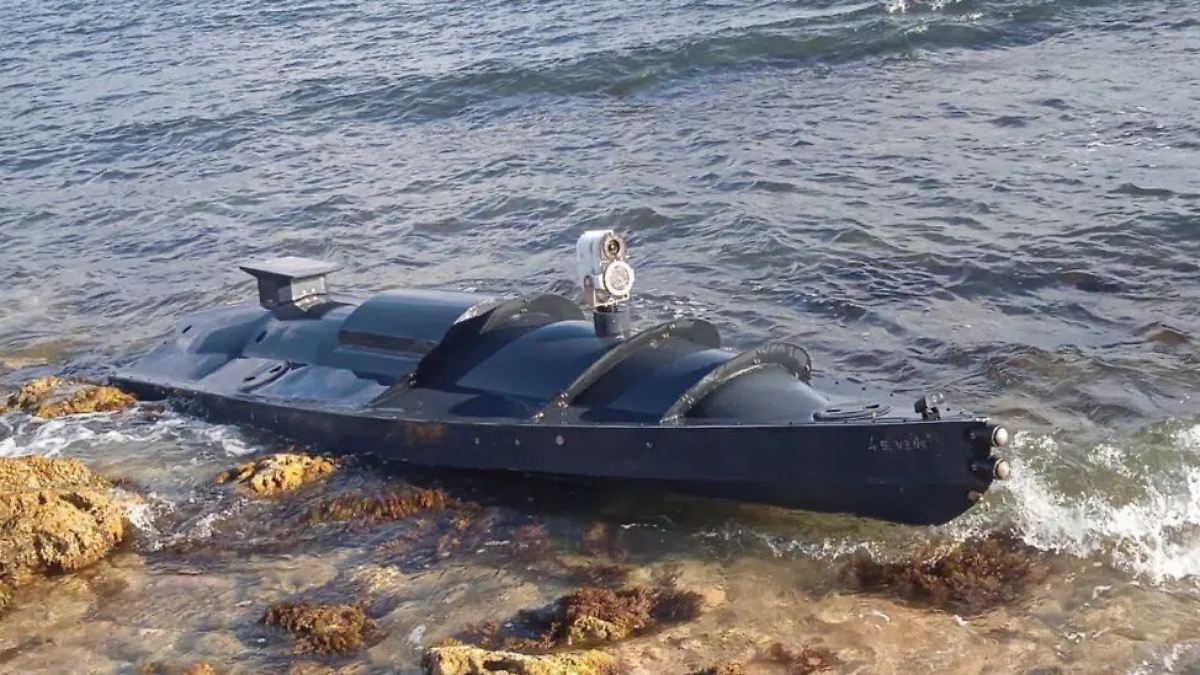 A vessel washed up near the Russian naval base in Sevastopol is a mystery. Naval experts suspect that they belong to the Ukrainian armed forces. The purpose of the drone is unclear.

An unidentified unmanned boat has reportedly washed ashore on a beach in Sevastopol, Crimea. According to Russian social media posts, the unmanned craft was reportedly spotted on Wednesday near a Russian naval base. The information cannot be independently verified.

On the website published photos show a flat boat about the size of a kayak with several sensors. The Navalnews portal, which specializes in maritime issues, speculates that it could be an improvised boat made in Ukraine. Due to its low altitude, it can be difficult to locate with radar. Due to the design, the vehicle is probably rated for speed.

According to the portal, the sensors on the roof are a camera, an infrared viewer and a flat antenna, apparently for navigation. The two sensors attached to the bow can be contact fuzes. As a result, the ship could be designed to crash into other ships and cause an explosion. None of the extended images allow a peek into the interior. It is possible that an aerial bomb or an artillery shell is hidden in the stomach, writes the website.

Such vessels, known as explosive boats, are not new. Already in the Second World War, such weapons were successfully used by Italy and Japan. In recent years, Iran-backed Houthi rebels have caused a stir with bomber boats in the Red Sea. The US Navy also relies on Unmanned Water Vehicles (called CUSVs). However, the find that has now been made would be the first documented occurrence of a bomb boat in the war in Ukraine.

According to another theory, it could also be a CUSV for reconnaissance and surveillance missions – perhaps even of American production. According to the Pentagon, Ukraine received an unknown number of unmanned coastal defense boats from Washington. Poland is said to have already delivered such ships to Kyiv.

What happened to the ship after it was found is unclear. Navalnews cites local Russian news that it is checking after expert review was blown up.