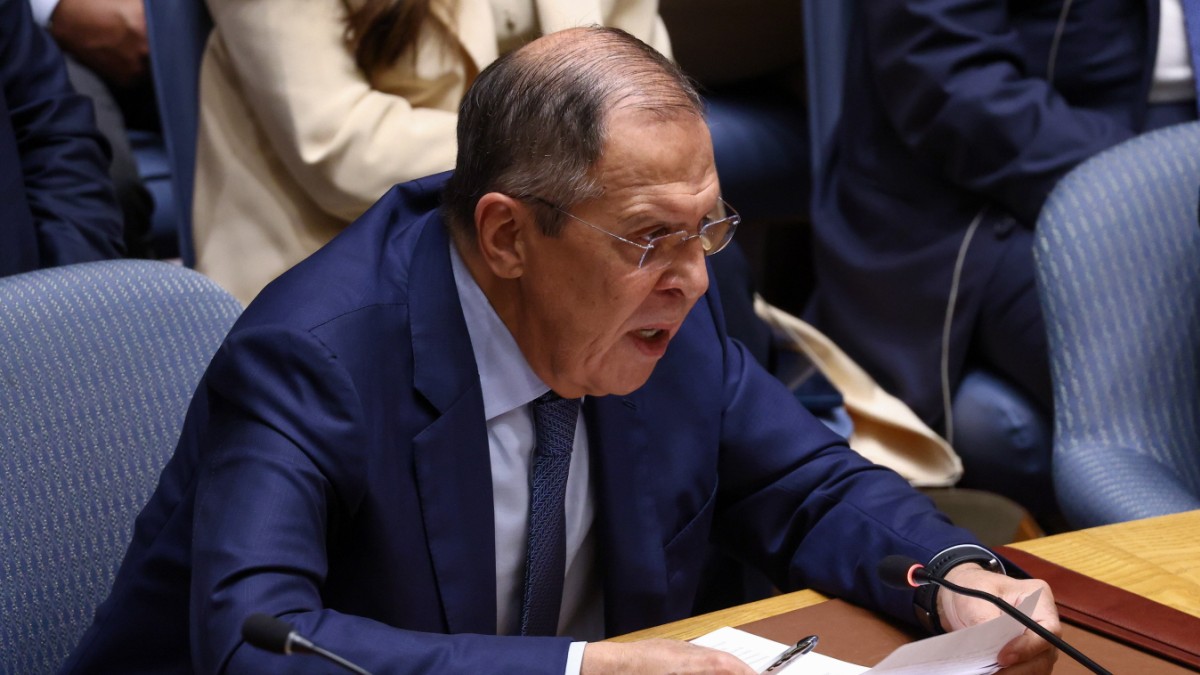 Sergey Lavrov was the Minister of Foreign Affairs of Russia for 18 years and is one of the most experienced diplomats in the world. So he knew very well what an insult it was that he only showed up in New York on Thursday about an hour and a half after the UN Security Council meeting had started, then gave an extremely long speech and left immediately. the room again. He couldn’t have made it any clearer that he didn’t want to hear what other speakers on the world stage had to say.

Since Russia’s war of aggression against Ukraine began in February, there have been countless Security Council meetings on the issue. This time, however, it was a particularly busy gathering, as it took place during the 77th UN General Assembly, so not ambassadors, as usual, but foreign ministers of the countries who were speaking.

The meeting between Lavrov and Foreign Minister of Ukraine Dmitry Kuleba was eagerly awaited. He said that he wanted to maintain a “safe social distance” from Lavrov. However, according to the AP news agency, the escorts initially placed him near Lavrov’s residence. Only after she complained was her name tag reassigned to a different location.

Lavrov gave a meandering speech, he often repeated. He has repeatedly described Ukraine as a totalitarian Nazi state backed by the West to wear down Russia. This means that the Western states are directly involved in the war and therefore are parties to the conflict. The countries that are “pushing weapons full of weapons” in Ukraine are cynical, because their goal is obviously to prolong the war as much as possible.

Lavrov repeated the lie that Russian and Ukrainian envoys negotiated peace back in March. But then suddenly the terrible pictures from Bucha appeared. Russian soldiers had massacred the civilian population on the spot. Lavrov announced on Thursday that it was all staged to prevent peace. However, multiple sources have confirmed that the Russians committed atrocities at the site.

Dmytro Kuleba said. “As we speak, we are still finding mass graves in areas occupied by Russian soldiers until recently. Not all bodies are intact, sometimes we only find parts.” He spoke about the ocean of suffering that Russian aggression brought to Ukraine. “But Russia should know one thing,” he said, “they can’t kill us all.” When the invasion began in February, tens of thousands of Ukrainians returned home from abroad to fight. When Russian President Vladimir Putin announced a partial mobilization this week, tens of thousands of Russians fled. Therefore, Putin did not announce mobilization, but his defeat.

German Foreign Minister Analena Baerbock also gave a speech, where she directly addressed Putin. He must stop sending more of his own citizens to their deaths. And. “This is a war you will not win. So put an end to it.”