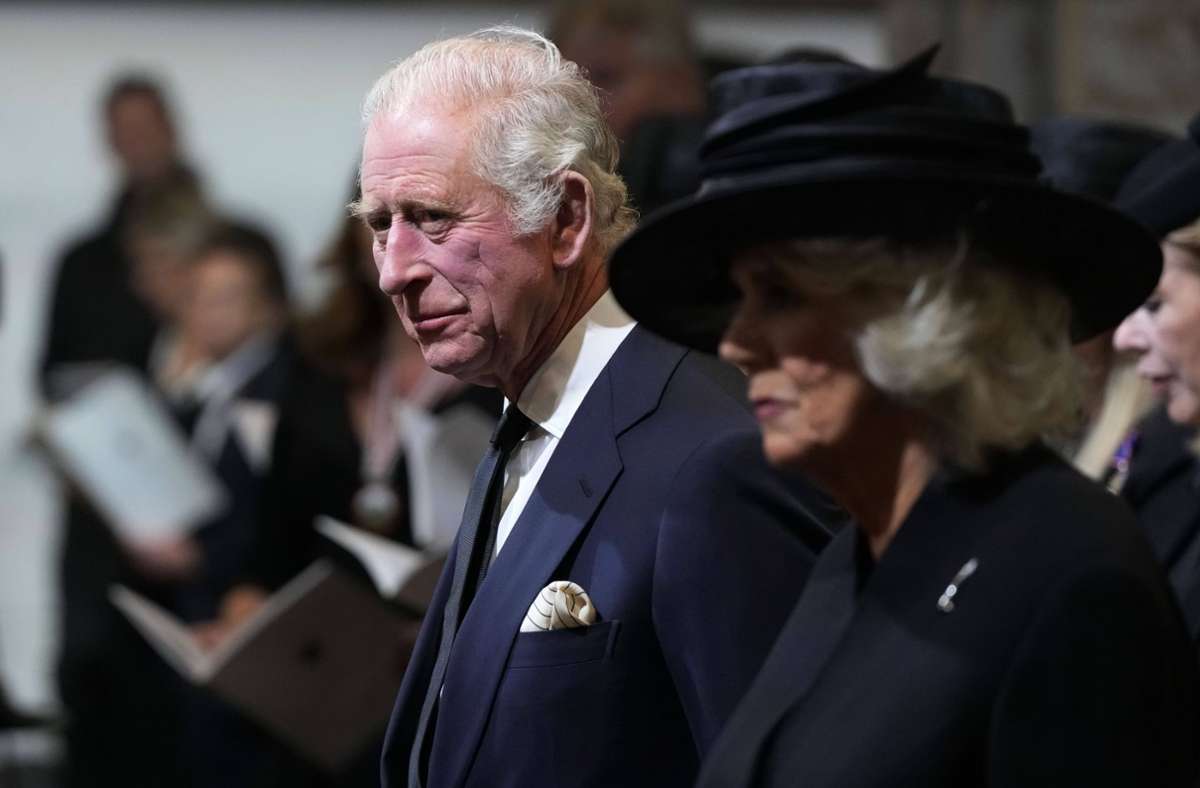 King Charles III wants a “light monarchy”, but he cannot do without all the members of his family. Who will continue to play a key role at the Windsors.

Cousins, brothers-in-law and great-aunts used to crowd the balcony of Buckingham Palace during the traditional Trooping the Color birthday parade. During Elizabeth’s “Platinum Jubilee”, when the monarch celebrated 70 years on the British throne in June, there were only a handful of Windsors who could easily fit on the railing. A taste of the “lite monarchy”, a royal family noticeably leaner than King Charles III. in mind.

According to a poll commissioned by the ‘Daily Express’ after the death of Elizabeth II, nearly two-thirds of Britons would like it too.

Himself, his wife, his two sons with their families – this was basically the level of staff Charles had planned with. But then came the “Megxit” in 2020 and with the retirement of Prince Harry and Duchess Meghan from the ranks of the working royal family, Charles’ plan fell apart. Because there is a lot to do in the “company”, as the Windsors call the monarchy of the company. Nominations, sponsorships, greetings – being royal is hard work. So King Charles III. can no longer do without one or the other Windsor.

Who remains important to the Windsors and who is ultimately eliminated – an assessment.

Queen Camille: ‘My darling wife’ – Charles mentions his wife in virtually every speech. The “Queen Consort” is his most important confidante and advisor. She stays cool when her nerves get out of control – even if it’s just because of a leaky fountain pen. You wouldn’t have imagined it 25 years ago, but today Camilla is hugely popular with the general public. She is unassuming, has a sense of humor, and remembers life outside the palace walls.

Prince William: Not a sheet of paper separates the new Prince of Wales and his father – the two most important men in the House of Windsor stand together. Like Charles, the forty-year-old is committed to protecting the environment and the fight against global warming. William is extremely popular – he seems likeable, humble and has a model family. In recent years, it has grown in influence. He was said to have played a decisive role in the ‘Megxit’ dispute and imposed a course that was unwilling to compromise against Harry and Meghan. As Duke of Cornwall, he will now also look after the “Duchy of Cornwall”, the lands which bring the royal family considerable income.

Princess Kat: If the Brits could have had a Princess of Wales, it probably would have been Kate Middleton. Kate masters royal appearance like no other – discreet, always friendly and approachable. But the 40-year-old is also good at glamor and, when needed, walks the red carpets like a movie star. Everyone wants what they wear. Hardly anyone in the royal family is as popular as Kate. As Duchess, she was particularly committed to the good development of early childhood, as Princess of Wales, she will have to expand her range of subjects. Kate also has three fairly young children – George, 9, Charlotte, 7 and Louis, 4 – who are sure to cherish her attention for a long time to come.

Prince George, Princess Charlotte and Prince Louis: George is only nine years old but is already second in line to the British throne. It will be a while before he sits on the throne, but the older the children of Wales get, the more they are in the public eye. At the Queen’s state funeral, Prince George and Princess Charlotte showed they knew what was expected of them. They attended the funeral ceremonies of their “Gan-Gan” with reverence and with a serious expression. Only four-year-old Prince Louis stayed at home.

Princess Anne: No royal works harder and keeps more dates than Princess Anne. The “royal princess” copied the achievement without complaining about the duty of her parents. It was Anne who escorted the coffin from Scotland to London after the Queen’s death. King Charles will not be able to do without his sister. He probably doesn’t even want that. The two eldest of Windsor’s four children should get along well. Anne, 72, stoic, disciplined and sometimes as direct as her father, is likely to be an important support for her brother.

Prince Edward and Countess Sophie: The Wessexes were once the Sussexes of their day – they too wanted to be able to fend for themselves professionally and financially. However, their television production company goes bankrupt and Edward and Sophie repent and return to the family fold. They may not be the most glamorous of royals, but they selflessly serve the crown and also go on dates that don’t make the headlines. The queen particularly liked Sophie and treated her like a second daughter. Charles knows he can count on his youngest brother and his wife.

Prince Harry and Duchess Meghan: A return of the Sussexes to the royal family? It’s practically unimaginable. Harry and Meghan are serious about their goodbyes and have now developed a business model in the United States outside of the Windsor company. King Charles also dismissed speculation about the return in his first speech after his mother’s death: he wanted to express his love for Harry and Meghan, “who continue to build a life for themselves abroad”. According to the ‘Daily Express’ – The majority of Brits don’t want the Sussexes back either.

Prince Andrew: For him, there is no returning to the ranks of ‘working royals’ – the scandal surrounding allegations of abuse in the orbit of deceased sex offender Jeffrey Epstein, in which the prince became entangled, is too big. Andrew was accused of sexually abusing a minor over 20 years ago. He avoided a trial earlier this year by paying a hefty severance package. The 62-year-old was not even allowed to come to his mother’s funeral in uniform.