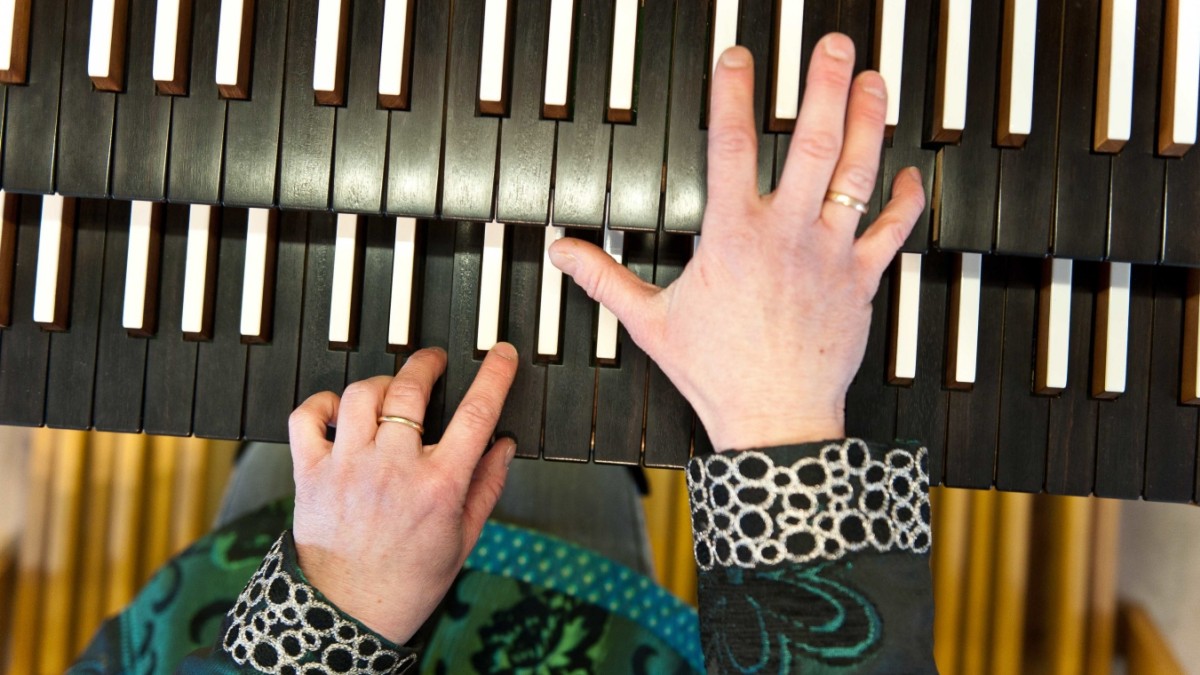 When Beatrice Menz-Hermann sets her mind to something, apparently nothing can stop her, not even a pandemic. When all concerts were suddenly banned in the spring of 2020, the church musician in Waterstetten quickly used a loophole to keep flying the flag of culture: church services and other spiritual events were allowed, of course, on condition, so Menz-Hermann simply worked out: new series, one regular devotional: “Market Music”. The goal was to give people a pulse of speech and voice despite Corona, and to support independent partners whose sources of income had collapsed.

At the first edition, Menz-Hermann himself gave a solo on the organ, and there were only three listeners in the pews. But the church musician was not discouraged, and with his dedication and skill he soon turned the new format into a real institution. “Nowadays, 30 to 50 people come every Thursday,” he says, “with famous artists like the Graf family, it’s packed.” Even the entire classes of the school attended market music. But the most loyal fan is always there, says the church musician. one of its singers, already in her mid-80s, and so excited about the little gigs that she keeps all the program notes carefully at home.

The idea of ​​the concert series is very simple. every Thursday at 10.15 a.m., alongside the Vaterstetten weekly market, hence the name, in the Parish Church of the Precious Blood of Christ, there is half an hour of high-quality music, ornate spiritual texts, and usually a viewing of paintings. The program is composed by Menz-Hermann himself, each time setting a different general theme. Most recently, they were called “Sound Voyage”, “Brotherly Love”, “Happy Awakening” or “Dance and Rejoicing”. Admission is free, but donations are welcome for the musicians. A concept that works well in Vaterstetten, according to the initiator.

“Actually, I thought that organizing such a small series would not take much effort, but during that time I have improved it quite a bit,” says the 44-year-old and laughs. Acquiring musicians, program design, flyers, public relations, church structure, and last but not least, finances; However, Menz-Hermann has loved the colorful dance so much that, apparently, he no longer wants to do without it. The dates are already booked until the end of December. “I just enjoy it, whether I’m playing it myself or just listening,” enthuses Menz-Hermann.

The organist is especially happy to be able to present “really good musicians” to the audience. “Meanwhile, my colleagues contact me and ask when they can play. For many, small market music is a great opportunity to try out new pieces or instrumentation, and the meditative atmosphere in the church is also much appreciated. And if the soloist needs accompaniment, Menz-Hermann is ready to play piano, organ or harpsichord. Another experience that should not be mocked. “I’m relatively good at sight-reading, but I have to practice an operatic aria with six sharp voices,” he says.

In general, although a proven Bach fan, Menz-Herrmann greatly appreciates the stylistic diversity of market music. Opera, tango, film music, contemporary – he likes to play and listen to something other than the great baroque master. But it doesn’t work completely without him. On Thursday, September 29, Menz-Hermann, who completed his exams in Munich and Prague in the subjects of concert organ and A church music, will perform a solo concert again. The program includes two major works: “Prelude and Fugue on BACH” by Franz Liszt and “Grand Fantasia and Fugue in Minor” by Johann Sebastian Bach.

By the way, Menz-Hermann once came to Waterstetten because of the instrument, because of the Sandtner organ, which is celebrating its 20th anniversary this year. The church musician from Feistenhar has been in the congregation almost as long and has long since ceased to shine with his excellent playing. At the same time, in addition to the church choir, he has created various youth ensembles, maintains fruitful cooperation with kindergartens and schools, organizes concerts again and again and is responsible for the musical concerns of the entire parish association, from Neufarn to Baldham to Neukeferloh; “Everything went very well,” he says, visibly pleased. But let’s wait and see what the 44-year-old has in mind next.

Market music this Thursday 22 September at 10.15am in Waterstetten Parish Church. clarinetist Oliver Klenk and Beatrice Menz-Hermann on the piano play melancholic and romantic film scores and compositions by Jules Massenet and Sergei Rachmaninov on the theme of “dream images”. “.