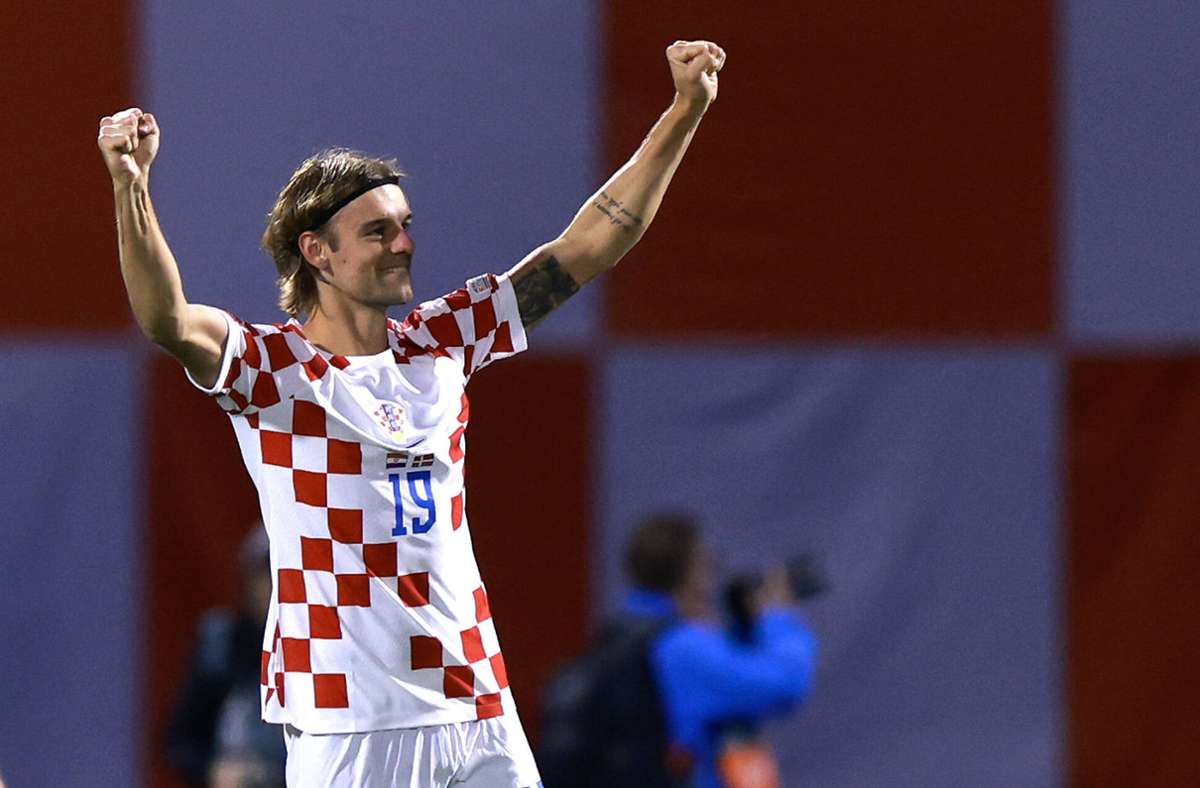 What a moment for Borna Sosa: In the Croatian national team shirt, the VfB professional scores – then shares his thoughts on the goal.

Among VfB Stuttgart fans, Borna Sosa is one of the most popular professionals in the chest ring shirt. Some fans even hope the 24-year-old could become something of an identifying figure on the Neckar after his stay this summer – like fellow Croatian Zvonimir Soldo, who played for the Weiß-Roten between 1996 and 2006.

In the Croatian checkered robe, Soldo scored three goals in 61 international appearances – and was a constant with the “Vatreni”, the “Fiery”, as the country’s team is known on the Adriatic. Borna Sosa played his seventh international match for the 2018 vice-world champion on Thursday. In the Nations League game against Denmark, he scored his first goal for Zlatko Dalic’s selection. With a precise low shot outside the penalty area, he overcame Kasper Schmeichel in the Danish goal, made it 1-0 and was immediately warmly welcomed by captain and superstar Luka Modric. (See a recap of the match in the video here.) In the end, Croatia won the encounter 2-1.

Sosa’s thoughts on Kroos and Klinsmann

After the game, the Zagreb native commented on the match in the Maksimir Stadium catacombs – and his country’s first goal. “It was an intense and tough match,” said Sosa, who found words of praise for his opponent. “I have to congratulate the Danes too. They played very well in the first leg in Copenhagen. But we held on well today and deserved to win.” Asked about his goal in the 49th minute, the VfB professional reacted emotionally “I’m so happy with my goal. There couldn’t have been a better time and a better stadium for it.”

The 1.87m left-back also revealed which players he was thinking of when his shot found its way into the Danes’ goal. “I first thought of Toni Kroos, who often scores goals like this,” said Sosa, who immediately thought of a former VfB professional. “The legendary Jürgen Klinsmann also scored in a very similar way from time to time.” Borna Sosa and the VfB – it seems like a special bond.

This Sunday, the Croatian team will be in Vienna – where they will meet the Austrian team, coached by former VfB coach Ralf Rangnick.