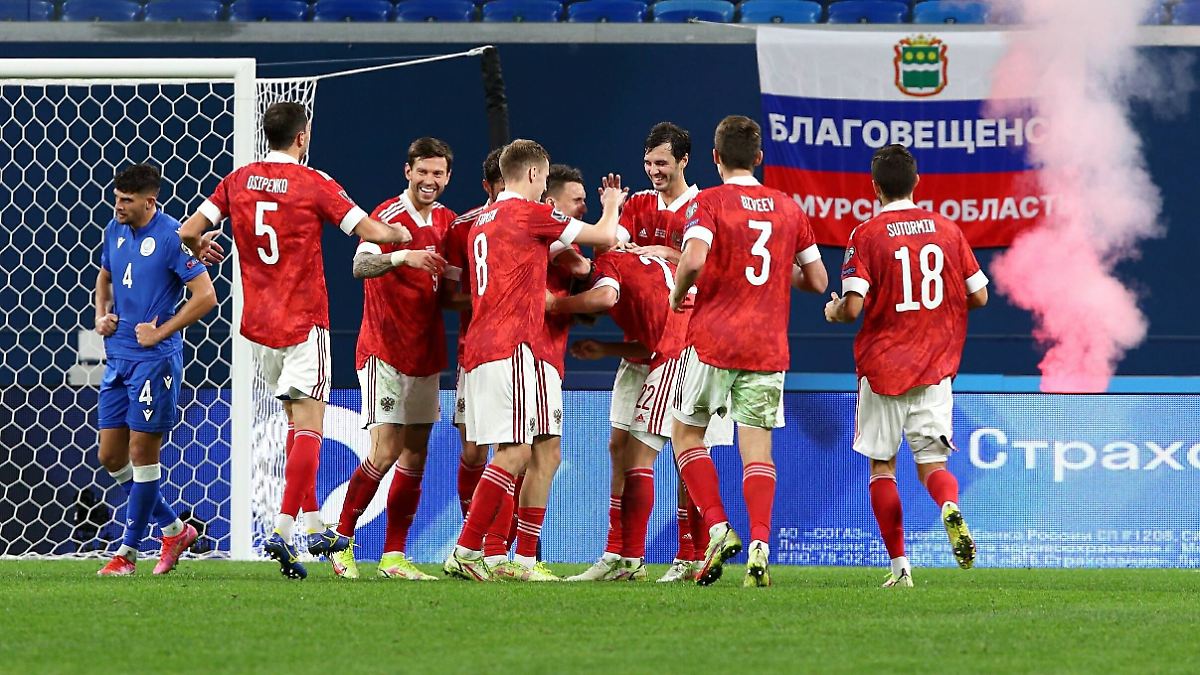 In effect, Russia has been wiped off the football map. National teams and clubs are banned by UEFA and FIFA. And yet Sbornaja can play on the weekend. Because Kyrgyzstan and the loophole in the system help.

The stadium in Bishkek is not exactly a jewel. The 23,000 seat shells are faded, the tartan track is showing its age, the headlights are an old steel behemoth. And yet, on Saturday, the football world must take a look at the dilapidated arena in the Kyrgyz capital. After all, the national team of the Central Asian country agreed to play alongside the Russians.

On its website, the Russian RFU association describes the game as a “friendly match”, which is how the organizers of the 2018 World Cup final want to present themselves on the international stage. In fact, this is the first match of the national team since the beginning of the Russian attack on Ukraine. A loophole in the system is responsible for it being allowed at all.

Because although Russian national teams and clubs were banned by the European Football Union (UEFA) in February, with the support of the Court of Arbitration for Sport (CAS) and FIFA, the world association issued a World Cup ban, bilaterally agreed test matches are not covered by this regulation. Associations are not held responsible for this.

The Minister of the Interior is pushing for exclusion

The Russians are happy about it. Because by playing against the 95th in the world, they can pretend they are returning to some sort of normality. Critics say it’s too easy for the Russians and their remaining friends anyway.

This is also shown by the recent decision of the UEFA executive committee, in which, by the way, the Russian Alexander Dyukov still sits. The Exco announced on Tuesday that Russia will not be able to take part in the qualification draw for the 2024 European Championship in Germany – Belarus will instead take part in the group draw on October 9 in Frankfurt am Main. .

This approach was met with a lack of understanding from the federal government. In a letter to UEFA President Aleksander Čeferin, Interior Minister Nancy Faeser called for a ban on Belarus ahead of the Exko meeting. Faeser vainly demanded that “Belarus, as a key supporter of the Russian leadership, should also be excluded from all international football games and tournaments.”

Čeferin received another letter with a prominent sender on Tuesday. Ukrainian President Volodymyr Zelenskyy wrote after speaking to the head of UEFA by phone the day before about the federation’s help in releasing captured Ukrainian athletes. In his letter, Selenskyj thanks UEFA – among other things, for excluding the Russians and ending cooperation with former sponsor Gazprom.

But there are other voices coming from Ukraine at the moment. Those who do not understand how World Cup participants Iran agreed to play a friendly match against Russia in November. The Ukrainian public is even more distrustful of Bosnia and Herzegovina. After all, a match between Russia and a Balkan country will take place shortly before the World Cup in St. Petersburg. Ukrainian idol Andrey Shevchenko has already called for a boycott of Bosnians.

Whether the appeal will work remains to be seen. Anyway, it will be played in Kyrgyzstan on Saturday – and the world will have to watch.