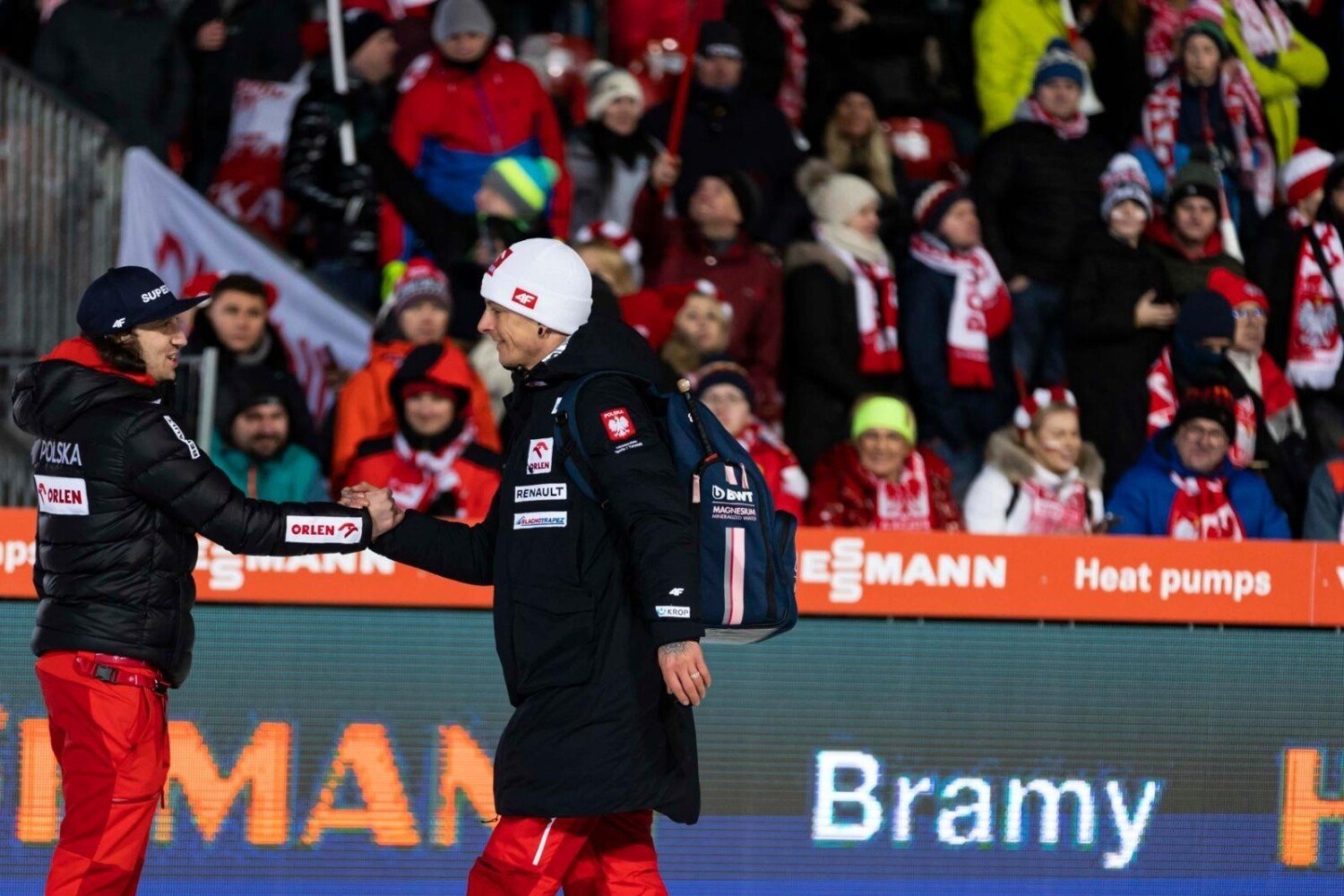 The team’s second place and also the second place of Dawid Kubacki individually – this is the balance of the Poles in the ski jumping WC in Zakopane. The coach of our team, Thomas Thurnbichler, was satisfied after the weekend, although there was still some inadequacy. – I would like to hear the audience in the stands sing the Polish anthem. Twice it was very close.

In Saturday’s team competition, the Poles were close (1 point) to overtaking Austria; a day later in the individual competition it was even closer to success. Halfway through, the clear leader was Dawid Kubacki, but in the second round – after a controversial judge’s ruling – he had to jump in very difficult conditions (unfavorable wind of approx. 2.5 m/s). He didn’t hold the lead. Observers openly criticized Borek Sedlak, who was responsible for such decisions, Thurnbichler was more reserved in his assessment.

– I spoke with Borek, the jump was located in the corridor (regulations indicate the force with which the wind can blow to make it safe – note). However, I think that sometimes you have to make decisions in favor of sporting competition and players – says the Austrian coach. If I were in his place, I would have acted differently. I would take the rider off the beam again, wait until the tailwind is maybe 1-1.5 meters per second, then everything would be fine. It’s his job though, he decided, according to the rules – and that’s it.

He added: “David did a fantastic job. In the second jump, I don’t know if there is another competitor in the world who would jump 124 meters in those conditions.

The coach emphasized that he was generally very satisfied with the effects of the weekend work in Zakopane. – The competition was difficult, so I’m happy. Five players got points. There has only been one competition all season so far where we didn’t have a podium finish. That’s fine, he said.

Kamil Stoch, who has recently had health problems, is enjoying good form. On Saturday he was a strong point on the team, on Sunday he took 7th place individually. And it could have been better.

– His first jump was too passive, he missed the best moment. Twice he did not have the best conditions, and then it is difficult to get a place in the top 3. He needed at least one more luck, this time there was none – explained Thurnbichler. – Kamil does a really good job, he is involved in the process, he works like a master. I am convinced that the day will come when everything will come together: the conditions, his jump and then he will be on the podium again.

The biggest positive surprise in our team was Jan Habdas. The competitor, who turned 19 in December, won the first World Cup points of Wielka Krokiew’s career. After the first round he was 14th, finally he was 21st.

– He is super happy with his performance. It’s not easy in front of such an audience. After the 4-Hills tournament, where he didn’t do well, he came here and jumped in front of 15, or even, I don’t know, 25,000 spectators (Thurnbichler meant the area in front of the hill, where there is always a crowd too – note). After the first jump he said to him: Hold on, it works, the jump was really good, congratulations. And he replied: Ok, but there is a problem – I don’t remember this jump (laughs). It shows what goes on in the mind of such a young athlete in such an atmosphere. The pressure is enormous and he has handled it. This will give him a lot of confidence for the Continental Cup and the Junior World Championships, he is a player for us for the future.

As explained by Thurnbichler, Habdas will not fly with the first team to the WC in Sapporo. For this rider, the highlight of the season is the Junior 2-5 World Championships in Whistler, Canada. And a grueling trip to Japan now could hurt. Next weekend, Habdas will compete in the Continental Cup in Bischofshofen.