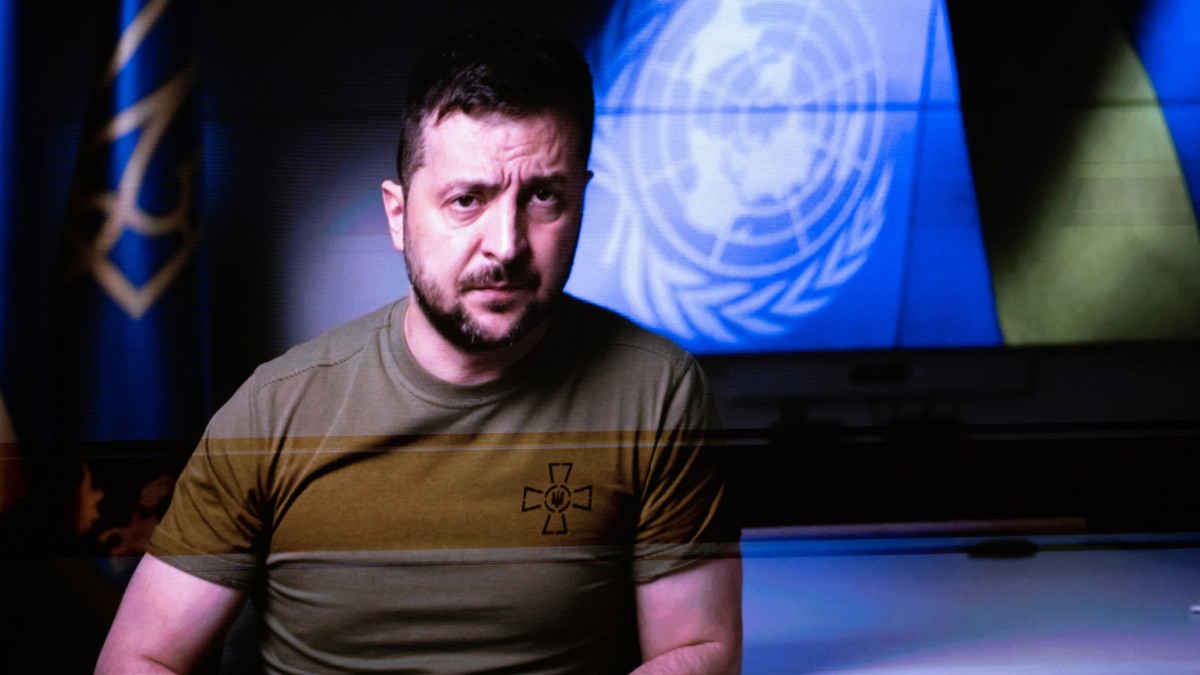 President of Ukraine Volodymyr Zelensky asked the United Nations to punish Russia for the aggressive war against his country. “A crime has been committed against Ukraine,” Zelensky said in a video message addressed to the UN General Assembly in New York. Russia must be punished for the murders, tortures, humiliations and catastrophic upheavals it has plunged Ukraine into. There can be no neutral attitude in the conflict. whoever talks about neutrality when attacking human values ​​and peace is actually indifferent.

Russia’s war of aggression is dominating the general debate at the UN General Assembly this year. Selensky was the only one among more than 140 heads of state and government who spoke there via video message. He was dismissed from the council because of the aggressive Russian war. He received enthusiastic applause for his speech. such a thing rarely happens in the General Assembly. Representatives from many of the 193 member states stood and applauded for almost a minute. The Russian side, on the other hand, remained seated.

Zelensky used his speech to call on his country to provide further military support from the international community. “We can return the Ukrainian flag to all our territory, we can do it with weapons, but we need time,” Zelensky said after Ukrainian troops managed to capture large areas from the occupation forces in recent weeks. More support is needed for both defense and offense, and more financial aid is also needed.

Zelensky also called for additional restrictions on the visa regime for Russian citizens. They should not be able to go to other countries for shopping and vacation, he demanded. Ukraine also wants to introduce an international compensation mechanism and hopes for the support of the United Nations. “Russia should pay for this war with its wealth,” he said.

Urgently warning about the situation at the Zaporizhia nuclear power plant in Ukraine, Zelensky made it clear that the war is not only a threat to his country. With its six reactors and 5,700 megawatts of net capacity, it is Europe’s largest nuclear power plant and has been under Russian control since March.

Moscow and Kiev blame each other for shelling the object. An accumulation of incidents that led to reactor shutdowns and power outages heightened international concern about a nuclear disaster. Russian actions there “make all of you a target,” Zelensky said. “Russian radiation blackmail is something that should concern every one of you” because no one will have a vaccine against radiation sickness.

There are several conditions for peace that are non-negotiable, Zelensky said. In addition to punishing Russia, these included guarantees of Ukraine’s territorial integrity and security. The neutrality of his country is excluded. According to the President of Ukraine, Russia is not seriously interested in peace negotiations. “They talk about negotiations, but announce military mobilization. They talk about negotiations, but they announce fake referendums,” said Zelensky, referring to the latest statements of the Russian leadership about President Vladimir Putin. His conclusion: “Russia wants war.”